I just read the latest Slowtwitch editorial on equal access for women and I’m fucking pissed.

Dan Empfield’s equivocating notwithstanding (oh, here are some stats but he doesn’t really know the answer but he thinks adding slots is less important than access at low levels, completely ignoring the fact that we need BOTH), the end of the article is basically him saying that the people (women) asking for equality on the pier need to be nicer and more humble.

The old canard of “Why do you have to speak so loudly?” “Can’t you be nicer about this?” “If you were less strident then this would be easier for you.” “You need to see it from their position.”

No Dan. Being nice doesn’t get us anything. Sitting down, crossing our legs, and being ladylike is exactly what we do not need right now. We are not here to make it easy for WTC to ignore us. We are not working to fulfill your expectations of what the discourse should look like. Getting things done isn’t pretty and sometimes it isn’t nice. It’s about effectiveness.

I have personally been told that I just need to speak up and I’ll get “Goal X.” Then I speak up and I’m told that I’m being too loud, I’m not asking for the right thing, I’m not asking the right way. This is how people and organizations in positions of power attempt to exert control over people who do not have that power. This is a tactic that has been used to try and shut women (and a lot of other people) up for millenia. It’s old hat and it’s not going to work.

I don’t give a shit if Dan Empfield or Andrew Messick or anyone on this planet thinks I’m too loud or that I’m not engaging in the discourse in the right way. The right way is the way that gets it done. It may seem out of scale but I’m thinking of the March on Selma, fifty years ago this year, and of the Civil Rights Movement of the 60’s. They didn’t sit down and shut up when power told them to be nicer, to just be patient and it’ll happen.

I’m not patient, I’m not quiet and I’m not yours to order around. I’m here to get shit done. 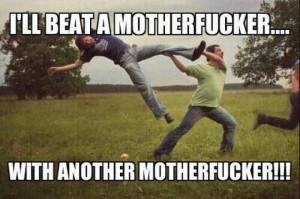 (Wondering what 50 Women to Kona is? Click for enlightenment!)