…which is either a massive over or understatement, depending on how you look at it.

I completed the Tour of Sufferlandria, which I had not planned into my training calendar. It came up and I went for it. It was super fun but it threw me off my rhythm.

I spent a week recovering and then I was planning on being in Irvine for the Zot Trot as a training day to get the feel for a triathlon without the pressure of an “A” race, i.e. I was gonna take it easy and have fun. I did not get down to Irvine. My husbeast’s band had a really important show scheduled for that weekend, which we figured out nine days before race day. So the Zot Trot got cancelled and I do not do very well with unfulfilled expectations.

That was two weeks ago. Right after the aborted triathlon we jumped right into preschool applications. This shit is crazy. We are applying to a handful of co-operative preschools which are cheaper in dollars and more expensive in time than a conventional school. Given that we have a bit more money than time, this seems good.

Apparently the time commitment starts before your kid is even accepted. Each school requires that we attend a tour during the school day. Every school’s tour times are overlapping, so we can’t do more than one a day, and they are all during the work day, so I have to take a half day at work for each one of them.  We can take our kid to some of them but not to others. Some of them require an application to be mailed, some need an application fee, some need us to write about what we are hoping to get from the cooperative experience.

I have been getting some runs in and I got out for an actual long bike ride on my road bike with my fancy clipless pedals. I totally fell on my bike ride because it had been more than three years since I had ridden outdoors on my clipless. Thus I totally forgot to clip out at a red light. Fortunately I wasn’t hurt and the rest of the ride was quite easy. My runs, well, my runs have been amazing.

I am coming out of the base training or “off” season. Lots of slow running. I have been feeling very questionable about my fitness after these disruptions to my training. Then I looked at the stats.  I don’t look at my heart rate while I’m running. I’m trying to learn to gauge my effort zones by putting in the efforts as I run and then checking afterwards if I was in the zone I was aiming for.

My runs lately have all been in Zone 1-2 e.g. “Slow, hella slow.” But that’s what the plan called for so that’s what I was doing.

Same level of effort, similar average heart rate, more than half a mile farther. That’s awesome. For an even more stark comparison, in 2009, in my first triathlon season I did a timed mile as fast I could go. It took me more than 12:30, for one mile, and I was cooked. I can now jog a minute faster per mile than that at a low level of effort.

It’s very nice to have some stats to show that consistent training is yielding promising results. 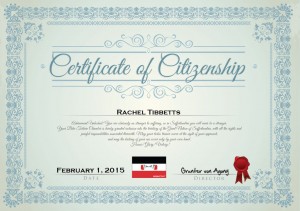